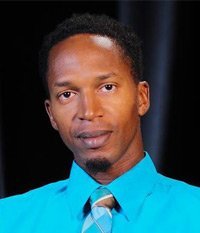 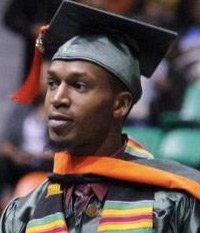 1. Virley McKinney Virley McKinney has been engaged as a Civil Engineer (E.I.T) since 2012 when he obtained a Bachelor’s of Civil Engineering from the FAMU-FSU College of Engineering, Tallahassee Florida. Virley returned to The Bahamas and worked as a consultant with a local engineering firm in the department of Civil Design. His interest for road constructing developed during his first major project as a Site Engineer at the Freeport Container Port in Dec 2013 and three years later at the Airport Runway Rehabilitation Project. Having acquired the experience of road design and construction during the course of both projects Virley founded a design-build road construction company, Asphalt Maintenance Paving & Testing Company, engaged in small to medium size paving and maintenance jobs including road paving, trench reinstatement, driveway paving, seal coating, striping, drainage maintenance and curbing.
In 2009 when Virley became a sponsored, mentoree of The Chance Foundation, he was struggling to achieve a 2.0 GPA and to find a fixed place from which to sleep and study. With strong mentoring and support, Virley’s academic performance improved consistently resulting in successful graduation, employment, experience, and entrepreneurship. He is now providing jobs for others in the community.

2. CORDERO JOHNSON An Island boy with a love for sciences, Cordero was a 17 year old Primary School Teacher’s Assistant on the Island of Andros. The son of an absent father and a hard working Janitress, he had no real financial support. He only knew that he wanted to pursue the study of marine Biology. With financial and mentoring support from The Chance Foundation, Cordero earned a Bachelor’s Degree in Small Island Sustainability from The College of The Bahamas (now the University of The Bahamas). His dream was to return home to teach fellow Androsians what he had learned.

(WHAT IS HE DOING NOW) 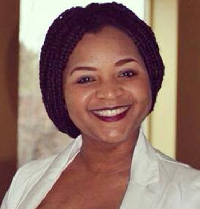 The first in her family with the opportunity to attend college Atarah successfully pursued the study of Sciences at the College of St. Benedict-St. John’s University in Minnesota. Her wish was to be a Medical Doctor, her passion and compassion having become evident during her stint as a summer student at Doctor’s Hospital in The Bahamas. From a single mother household, Atarah knew that without full financial support, her dream was unattainable and she doggedly and persistently set about securing multiple sponsors who were prepared to sacrifice to assist her in some small way. Falling short, The Chance Foundation stepped in to enable this determined young lady to complete a 4 year Degree in 3 years with excellent grades. Atarah attributes much of her success to the encouragement and support of her strong mentoring connection at The Chance Foundation. 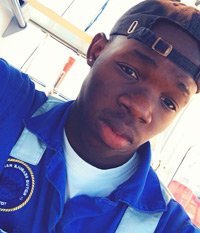 4. EMMANUEL MUNROE Self-described as an Abaco Islander with a fascination with boats, Emmanuel dreamt of being a Marine Engineer. He had no financial support and earned $40 working one day each week to support himself through secondary school. He moved between foster homes since the age of 11. Emmanuel found his way to The Bahamas Maritime Authority which has a relationship with Holland College Marina Training Centre on Prince Edward Island in Canada. It was a long way from home however Emmanuel was undaunted. With matching sponsorship from The Chance Foundation, Emmanuel was able to successfully complete the marine training program and now works for a large tug boat business.

(WHAT IS HE DOING NOW) 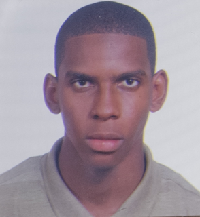 5. GARNARD KNOWLES In 2011 Garnard wrote “At the age of fifteen my parents enrolled me in a Boot Camp Program on the Island of Andros. Before this happened my life was spinning out of control. I was involved in a life of crime which led to a number of unacceptable and self destructive activities for financial gain.” There he was inspired by a visiting Pastor with a similar past and thus began Garnard’s conversion and interest in Theology. So great was the change in Garnard that he was selected to represent his secondary school in a televised interview called “Student of Substance”, which in turn positively impacted other struggling inner city students. Despite acceptances to study Theology in St. Thomas and the US Virgin Islands, and in Nassau, financial constraints were overwhelming and it is for these reasons that this deserving young man became accepted for financial support and mentoring under the wing of The Chance Foundation. Garnard never failed to say “thank you” and did so countless times, even after completing his studies at Atlantic College and Theological Seminary. He has himself become that inspirational motivator of our inner city youth who never forgets from whence he came.