DR. DAVID GRABOVAC
Dr. David Grabovac has served as an Electoral Adviser to an Australian Education Minister and taught as a lecturer at Martin College, Cornell Institute and the Australian College of Journalism. He has had over a decade of experience as Director of several private colleges. David is an Ambassador of the Duke of Edinburgh’s Award and has been Chairman of the Grabovac Foundation since 2004. The foundation is primarily concerned with providing scholarships to young people and military personnel who demonstrate leadership potential.
Dr. Grabovac is the Honorary Consul of the Bahamas in Australia. In this capacity, he represents Bahamian interests in Australia and contributes to bilateral relations between the two countries. 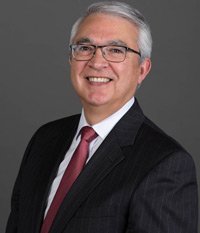 TOMAS ABREU
Mr. Tomas Abreu is the Honorary Consul of the Principality of Monaco in Miami, appointed by Sovereign Ordinances signed by H.S.H. Prince Albert II of Monaco.
He received a Bachelor of Science in Chemical Engineering from the Simon Bolivar University in Caracas, Venezuela, in 1979 and an MBA from the University of Oklahoma in Norman, Oklahoma in 1983.
Mr. Abreu’s career began with Citibank N.A., Miami serving Latin America and the Caribbean region for a period of six years. He subsequently engaged in the export of goods from the U.S. to Latin America, and founded Continental Hospitality, Inc., a hotel holding company and owner of the Best Western Mayan Inn Beachfront in Daytona Beach, Florida. He is semi-retired.
Mr. Abreu’s service includes the Board of Trustees of The Miami Bach Society; Vice Chairman of the Consular and Trade Representatives Committee of the Greater Miami Chamber of Commerce; Advisory Board Member of Worksite Ventures, a holding company overseeing companies in the venture capital, technology, professional services and financial industries; and the Advisory Board of The Influencers Circle, a global networking platform under the umbrella of Monaco’s Ministry of Finance. In January 2015 he received the Medal of Honor from the World Federation of Consuls (FICAC).